This article by David Axson was posted on the Business Finance website and is an excellent summary of how the financial management of leading companies and organisations should embrace uncertainty in a continuing plan-do-analyse-plan cycle, that plans to both the horizon that matters and to the level that matters, using multiple scenarios to manage risk.

10 Rules for Highly Effective BPM: A Manifesto for the New Economic Reality

In October 2008, Apple CFO Peter Oppenheim commented that “visibility is low and forecasting is challenging,” which seemed to be a polite way of saying “We have absolutely no idea what will happen tomorrow.”

In June 2010, UPS CFO Kurt Kuehn reported that “normally we are very obsessive about building good and accurate plans, but as the recession dragged on we realized that trying to build a forecast was almost a waste of time.”

Apple and UPS were not alone in their struggles. From early 2008, with the collapse of Bear Stearns and the bursting of the U.S. housing bubble, through the bankruptcies of General Motors and Chrysler, much of the framework of modern management practice came crashing down. Corporate titans were humbled, strategies abandoned, budgets became obsolete on a daily basis, and the only certainty about any forecast was that it would be wrong.

Despite years of best-practice application and technology investment, most organizations were flying blind. The promised insight, agility, and flexibility of business performance management (BPM) solutions proved illusory at best; managers were forced into making major decisions with little or no credible information as to their future impact.

So what went wrong?

In short, the world changed and our management practices didn’t. During the boom years from 2002 through 2008, when sales and profits were growing and credit was abundant, this mattered little. But as the cracks emerged in the global economy during late 2007 and early 2008, the basic assumption that underpinned all management processes — that the past is an accurate predictor of the future — was found to be fatally flawed.

Over the last few years the world has been transformed from a series of loosely connected economies with reasonably predictable flows between them to a complex web of relationships where the global impact of local events is felt almost instantaneously. In relatively short order managers have had to respond to the impact of terrorist attacks in Mumbai; China’s emergence as the world’s second largest economy; oil rocketing to $147 a barrel and then falling just as fast to $35; a flu outbreak in Mexico that became a global pandemic in less than seven days; numerous natural disasters; and a global credit crisis followed by fears over sovereign debt, to name just a few of the seismic events that have destroyed the best laid strategies, plans, budgets, and forecasts.

Managers everywhere found that the traditional rules and processes that governed their actions were obsolete. The bedrock of the traditional management process is multi-year strategic plans, static annual budgets, quarterly forecasts, monthly reports, and — most dangerous of all — a compensation philosophy that’s as likely to reward failure as it is success.

We need a new manifesto for business performance management, one that recognizes that volatility, uncertainty and risk are here to stay. And we must implement behaviors, processes, and systems that allow managers to make effective decisions. At a minimum, BPM must apply the following rules:

2. Explicitly address risk in all management decision-making processes. Consumer and investor confidence are crucial in good times as well as bad; witness the damage to Toyota and BP caused by recent missteps. Understanding the threats to an organization’s reputation and developing appropriate prevention and mitigation strategies is a key responsibility of management.

3. Embrace contingency and scenario planning techniques so that managers can continue making fast, confident decisions in volatile and uncertain times. Ask basic questions such as “What if our assumptions are wrong?” and “Under what circumstances should we abandon this strategy, plan, project or investment?”

4. Rather than focusing solely on cost reduction, create a flexible cost structure that allows expenses to be more accurately synchronized with increasingly volatile revenue streams. For example, adopting variable cost techniques such as leasing, outsourcing, or software-as-a-service can help you link expenses to the overall level of business activity.

5. Balance the desire for detail with predictive ability. Too often, all future periods and line items are planned, budgeted, or forecast at the same level of detail. This is both misleading and dangerous. Predictive ability varies by line item — for example, sales typically are less predictable than administrative expenses — and by time period (the further out you look, the less predictable things become).

6. Develop compensation systems that balance rewards for near- and long-term performance and include measures of competitive success rather than relying on static plan- or budget-based targets. This means de-coupling incentives from plans or budgets and developing systems that reward a combination of real growth with superior competitive or market performance.

7. Build a system of performance reporting, key performance measurement, tolerances, and early alerts that provides management with near-real-time monitoring of key business trends (market demand, orders, pricing, costs, cycle times, etc.) so that positive and negative trends are identified very early in their development, giving management time to react and respond. This should be a core BPM capability from the product, line-of-business, geography, and customer-segment standpoints.

8. Reposition the budget as a tool for determining the optimal allocation of resources under a range of possible future scenarios, so that as performance reporting tracks changing conditions there’s a game plan in place that can be put into action. As performance reporting solidifies the view of what is actually happening, the budgets can be updated to reflect a changing set of future scenarios based on the current reality.

9. Think of your forecast or outlook process as the glue that ties reporting and budgeting together; as real time events change, the forecast is updated to reflect the current view of the future, providing management with the framework for identifying the tactical (or, in the worst case, strategic) changes that need to be made and built into subsequent plans and budgets.

10. Finally, and most importantly, embrace uncertainty. Recognize that fast, confident decision-making is much easier when you have confidence that incorrect decisions will be rapidly identified and decisive action taken.

None of these practices could be described as rocket science, but the experience of the last few years has shown that, for many organizations, progress has been too slow. At this point, adoption of these techniques is not optional — it’s a prerequisite for survival.

For those embarking on the journey, there’s some good news. First, well-defined best practices exist for all of the mandates I’ve listed here. Second, today’s technology can already provide much of the functionality that’s required; we just need to decide to use it. Technology is no longer the impediment — we are! Organizations that are the most successful in adapting to the new environment will reap rich rewards; the mediocre will wither and die. Make your choice now.

David A.J. Axson is a senior executive in the Finance & Performance Management Group at Accenture. His latest book The Management Mythbuster (Wiley) was published in March 2010. For more information visit www.davidaxson.com.

The article can be found at http://businessfinancemag.com/article/10-rules-highly-effective-bpm-manifesto-new-economic-reality-0920?cid=NLBFBL 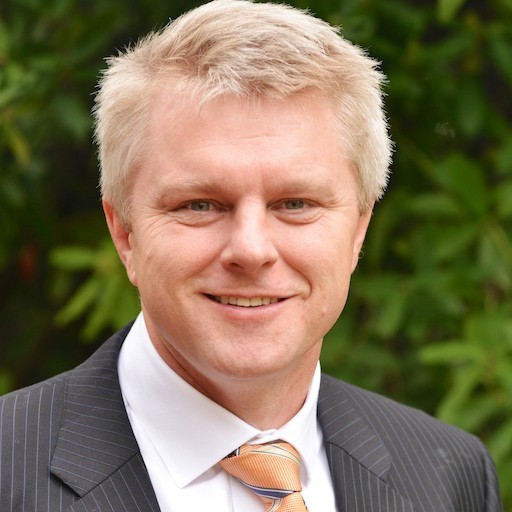 John Vaughan is a highly experienced Accountant and Consultant. He has experience in the pharmaceutical, FMCG, distribution, professional services, manufacturing and financial service industries. With over 25 years of commercial experience and 20 years working with the Cognos products, he...